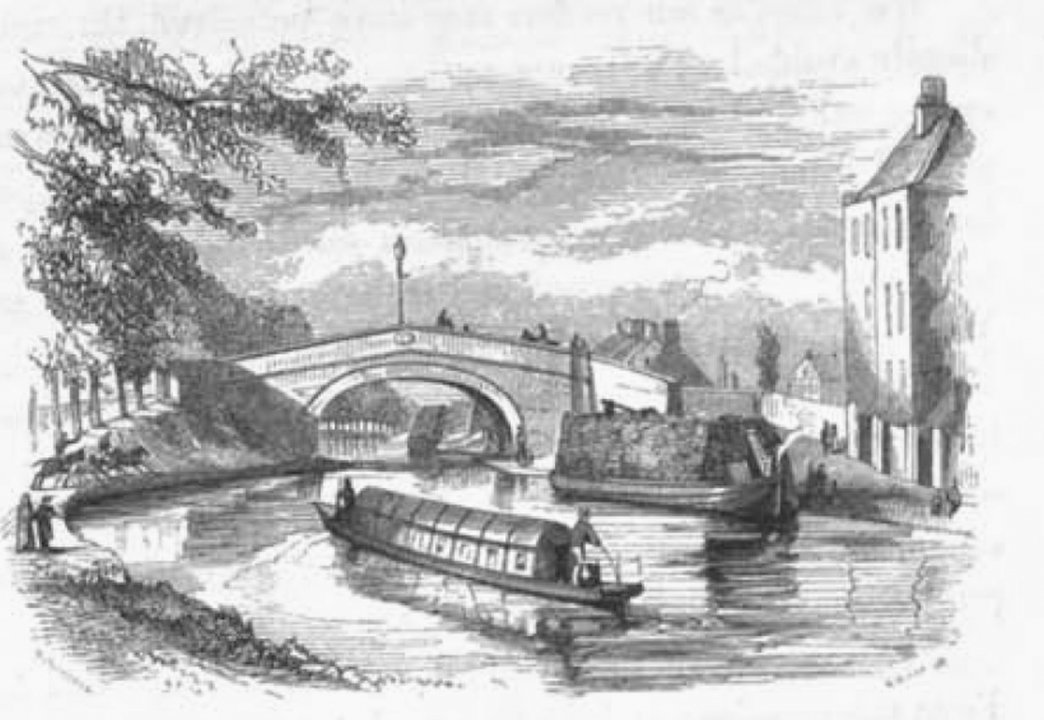 Samuel Carter Hall (1800-1889), and his wife Anna Maria (1800-1881) compiled a three volume guide to Ireland between 1841-1843. Each chapter is dedicated to a different county. Below is their article on Longford including a visit to Edgeworthstown and the Edgeworth family.

The inland county of Longford, in the province of Leinster, is bounded on the south and east by that of Westmeath, on the west by that of Roscommon, from which it is separated by the Shannon and Lough Ree, and on the north by the counties of Cavan and Leitrim. It comY prises, according to the Ordnance survey, an area of 263,645 acres ; of which 192,506 are cultivated ; the remainder being either mountain and bog, or under water. It is divided into the baronies of Abbeyshrule, Ardagh, Granard, Longford, Moydon, and Rathelme. Its principal towns are Longford, Edgeworthstown, Granard, and Lanesborough. The population in 1821, was 107,570 ; in 1831, 112,558 ; and 115,491 in 1841.

We entered the county by the Royal Canal, voyaging part of the way in one of the I FlyY boats,” to which we have already made some reference, and to which we recur chiefly in order to supply the reader with a pictorial description of the singular I conveyance.” It is long and narrow, covered in as we see it ; and there are two divisions for different classes of passengers. As a mode of travelling, it is exceedingly inconvenient ; there is scarcely space to turn in the confined cabin ; and an outside I berth” for more than one is impossible. The guide, or guard, takes his stand at the bow of the boat, and a helmsman controls its motions. It proceeds at a very rapid pace2about seven Irish miles an hour2drawn by two or three horses, who are made to gallop all the way. There is also a more cumbrous vessel, called a I nightYboat,” which travels at a much slower rate about four miles an hour and always at night. It is large, awkward, and lumbering, and is chiefly used by the peasantry on account of its cheapness.
The county of Longford possesses few features of a distinctive character. It is generally flat ; contains large districts of bog ; and its northern boundaries are overlooked by remarkY ably sterile mountains. Its principal town2of the same name2is neat, clean, and wellY ordered ; it may be distinguished and was so described by the estimable companion with whom we visited it as I the best painted town in Ireland ;” for the shops and houses are clean and trim, and partake very little of the negligence and indifference to appearances encountered too generally elsewhere.
Our principal object, in Longford county, was to visit Edgeworthstown, and to avail ourY selves of the privilege and advantage of spending some time in the society of Miss Edgeworth. We entered the neat, nice, and pretty town at evening ; all around us bore2as we had anticipated2the aspect of comfort, cheerfulness, good order, prosperity, and their conY comitants2contentment. There was no mistaking the fact, that we were in the neighbourhood of a resident Irish family2with minds to devise and hands to effect improvement everywhere within reach of their control.
We have, as our readers may have perceived, throughout this work, studiously avoided all reference to the seats or domains of country gentlemen,2except where improvements carried on in particular places excited and deserved general comment. It would have been, however, impossible, within our limited space, to have noticed them all. And we have especially abstained from intruding our own personal acquaintances upon the notice of the reader. We have, as will be readily believed, participated largely in that hospitality for which the country has been always famous. Wherever we have been, we have found a hearty and cordial welcome from all classes ; and every available source of information has been invariably placed within our reach. But we should have ill requited such kind and gratifying attentions, if we had made private individuals topics of public conversation.
Edgeworthstown, however, may almost be regarded as public property. From this mansion has issued so much practical good to Ireland, and not alone to Ireland, but the civilised world, 2it has been so long the residence of high intellect, industry, wellYdirected genius and virtue, that we violate no duty by requesting our readers to accompany us thither2a place that, perhaps, possesses larger moral interest than any other in the kingdom.
[1]