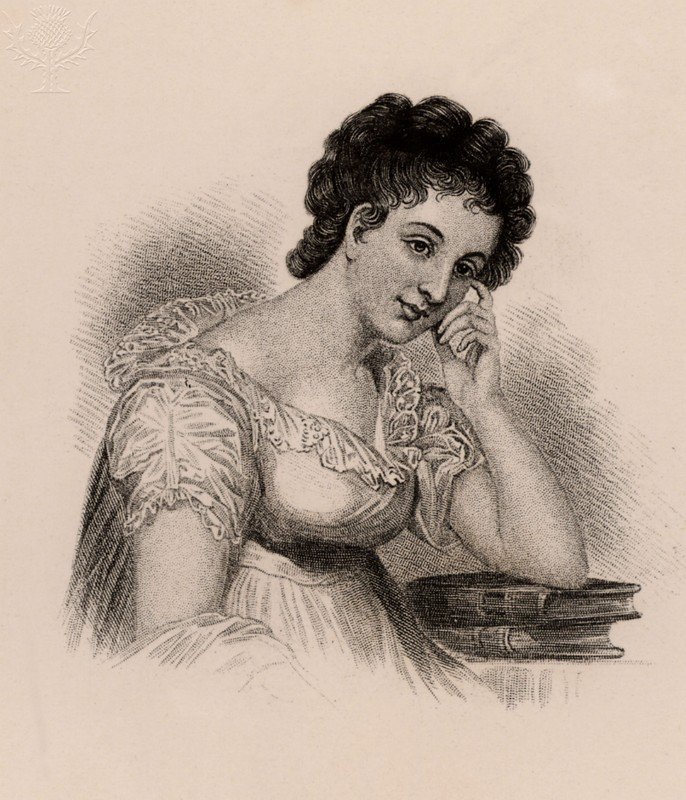 This item is courtesy of the Worcester Journal

Believe me, I know. A nineteenth- century novelist may not seem the sexiest subject in the world. But try this: think of Maria Edgeworth as a woman who attempted to exert her influence far beyond the boundaries that her patriarchal society had set for her, who worked in a rebellious and war-ravaged land, and whose own life was threatened by a massive uprising that would define political life in her country for the next century.
Maria Edgeworth
MARIA EDGEWORTH

Edgeworth was a descendant of English settlers, long since integrated into Irish society, known as the Anglo-Irish. These people were often Protestant and landholding, but they occupied a liminal space: they were neither entirely Irish, nor were they entirely English. This put her and her family in danger when the Irish rose up in 1798 and she was forced to flee her estate by oncoming rebels. She also became one of the most influential novelists of the early nineteenth century despite, or perhaps because, she was marginalized, both by her ethnicity and by her sex.

She certainly does not hold this influence today though. Writers like Dickens and Austen have stayed a part of our literary canon and continue to influence writers and readers. Edgeworth has fallen by the wayside.

Turn your mind then from the nineteenth to the twenty-first century. Today we’re dealing with issues like sexism, xenophobia, and racism. Look at our election process. Look at how political careers are bolstered by these qualities. Look at how we allow ourselves to be divided even from people within our own country, by race, by religion, by politics, even by gender. We’ve seen many tragic instances recently of the desolation left in the wake of denying the basic humanity of our fellow human beings. In the light of viewing our broken world, I’m made even sadder by Edgeworth’s exclusion from our literary canon.

I challenge you to go to your local library and take out Edgeworth’s Ennui and read it. Look at how people in nineteenth century Ireland were divided by religious differences, by political differences, and by racial differences. See how women were excluded then as they often are now. And then look to see how much of these problems within the novel are caused by a stubborn refusal to communicate with one another as equals. In short, Maria Edgeworth identifies a lack of conversation in her society.

You see, Maria Edgeworth, since she was an Anglo-Irish landlord, was able to have conversations with a great many people: people of her own class, English people, and Irish people, tenants, and landlords. She conversed and from that found a philosophy of equality between English subjects and Irish subjects. She was not what we would now identify as an Irish nationalist, but she believed in equality for those oppressed subjects living under the crown.

Part of the problem with oppression is that it silences people. Many Irish were not allowed the power to converse in parliamentary debates because they were Catholic, or because they were not educated enough. In addition, since the Irish parliament in Dublin dissolved itself in 1801, there was no real political power in the hands of the native Irish and with Irish landlords. Religious, and economic differences also unofficially barred them from having many conversations with the Anglo-Irish and the English, especially due to the fact that many Irish people only spoke Irish, having never been taught English. Maria Edgeworth, however, through her book, is a champion of the conversation that was so repressed in this period.

In her book, the narrator travels to Ireland and has many conversations with other Anglo-Irish lords, with his native Irish tenants, and even with a loyal Scotsman who proves to be one of his greatest allies. These conversations lead him away from the philosophy of violent repression and towards a desire to educate his tenants and improve their lives and he only learns to do those by actually talking to them as equals.

It seems a simple, perhaps even obvious solution to many systemic societal problems until you realize how little it actually happens. We are cloistered in our neighborhoods, in our jobs, in our college campuses. Our class system may be less obvious, but that does not make it any less damaging to those who get ignored and whose voices are silenced by our lacking the knowledge that having open and honest conversation could remove this silence. We could use a bit of education by Edgeworth.

Now, I’m certainly not saying that having the odd conversation with people you don’t usually talk to is going to end all violence and produce peace and harmony amongst all religions, nationalities, and economic classes. However, I think by seeing how Edgeworth uses conversations to overcome the boundaries, that we might be better able to deal with issues such as racism, sexism, and xenophobia more adequately, more peacefully, and more compassionately.

That has been one of the great joys of reading Edgeworth and reading in general. It’s one of those old ideas that your English teachers keep telling you over and over again: that what you’re reading is still relevant today. It’s one of those things we hear over and over again, take for granted, then fail to truly consider. With Edgeworth, the power, relevance, and potential application of literature becomes quite clear. This is what makes her so interesting and so incredibly important.

Sean O’Rourke is a senior at the College of the Holy Cross, Worcester, Mass. As an English major, he is a part of the Sigma Tau Delta Honor Society and aspires to teach English at the collegiate level.