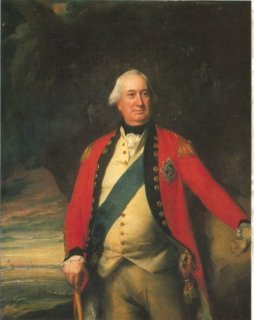 Apart from her work as a novelist, short story writer and playwright, Maria Edgeworth was also a prolific letter writer and wrote to family and friends about events that they witnessed and lived through. Many of these letters have been collected into book form, some of which can be purchased, others are available from the Project Gutenburg website and can be downloaded or you can download the Kindle version here

In the article below Maria writes about the events of of the 1798 rebellion from the persepective of people caught up in events happening not far away.  For the purposes of this article I have done some editing of the content to amalgamate all the separate bits together. The Mrs Edgeworth mentioned is Frances Beaufort, Edgeworth’s fourth wife whom he’d married in May 1798.

The next day, the 9th of September, we returned home, where everything was exactly as we had left it, all serene and happy, five days before–only five days, which seemed almost a lifetime, from the dangers and anxiety we had gone through. You will rejoice, I am sure, my dear Sophy, to see by the date of this letter that we are safe back at Edgeworthstown. The scenes we have gone through for some days past have succeeded one another like the pictures in a magic-lantern, and have scarcely left the impression of reality upon the mind. It all seems like a dream, a mixture of the ridiculous and the horrid. “Oh ho!” says my aunt, “things cannot be very bad with my brother, if Maria begins her letters with magic-lantern and reflections on dreams.”
When we got into the town this morning we saw the picture of a deserted, or rather a shattered village–many joyful faces greeted us at the doors of the houses–none of the windows of the new houses in Charlotte Row were broken: the mob declared they would not meddle with them because they were built by the two good ladies, meaning my aunts. Last night my father was alarmed at finding that both Samuel Essington and John, [Footnote: John Jenkins, a Welsh lad; both he and Samuel thought better of it and remained in the service.] who had stood by him with the utmost fidelity through the Longford business, were at length panic-struck: they wished now to leave him. Samuel said: “Sir, I would stay with you to the last gasp, if you were not so foolhardy,” and here he cried bitterly; “but, sir, indeed you have not heard all I have heard. I have heard about two hundred men in Longford swear they would have your life.” All the town were during the whole of last night under a similar panic, they were
certain the violent Longford yeomen would come and cut them to pieces.
Enclosed I send you a little sketch, which I traced from one my mother drew for her father, of the situation of the field of battle at Ballinamuck, it is about four miles from The Hills. My father, mother, and I rode to look at the camp; perhaps you recollect a pretty turn in the road, where there is a little stream with a three-arched bridge: in the fields which rise in a gentle slope, on the right-hand side of this stream, about sixty bell tents were pitched, the arms all ranged on the grass; before the tents, poles with little streamers flying here and there; groups of men leading their horses to water, others filling kettles and black pots, some cooking under the hedges; the various uniforms looked pretty; Highlanders gathering blackberries. My father took us to the tent of Lord Henry Seymour, who is an old friend of his; he breakfasted here to-day, and his plain English civility, and quiet good sense, was a fine contrast to the mob, etc. Dapple, [Footnote: Maria Edgeworth’s horse.] your old acquaintance, did not like all the sights at the camp as well as I did.
Oct 3, ’98. My father went to Dublin the day before yesterday, to see Lord Cornwallis about the Court of Enquiry on the sergeant who harangued the mob. About one o’clock to-day Lovell returned from the Assizes at Longford with the news, met on the road, that expresses had come an hour before from Granard to Longford, for the Reay Fencibles, and all the troops; that there was another rising and an attack upon Granard: four thousand men the first report said, seven hundred the second. What the truth may be it is impossible to tell, it is certain that the troops are gone to Granard, and it is yet more certain that all the windows in this house are built halfway up, guns and bayonets dispersed by Captain Lovell in every room. The yeomanry corps paraded to-day, all steady: guard sitting up in house and in the town to-night.
All alive and well. A letter from my father: he stays to see Lord Cornwallis on Friday. Deficient arms for the corps are given by Lord Castlereagh.

The sergeant was to have been tried at the next sessions, but he was by this time ashamed and penitent, and Mr. Edgeworth did not press the trial, but knowing the man was, among his other weaknesses, very much afraid of ghosts, he said to him as he came out of the Court House, “I believe, after all, you had rather see me alive than have my ghost haunting you!”