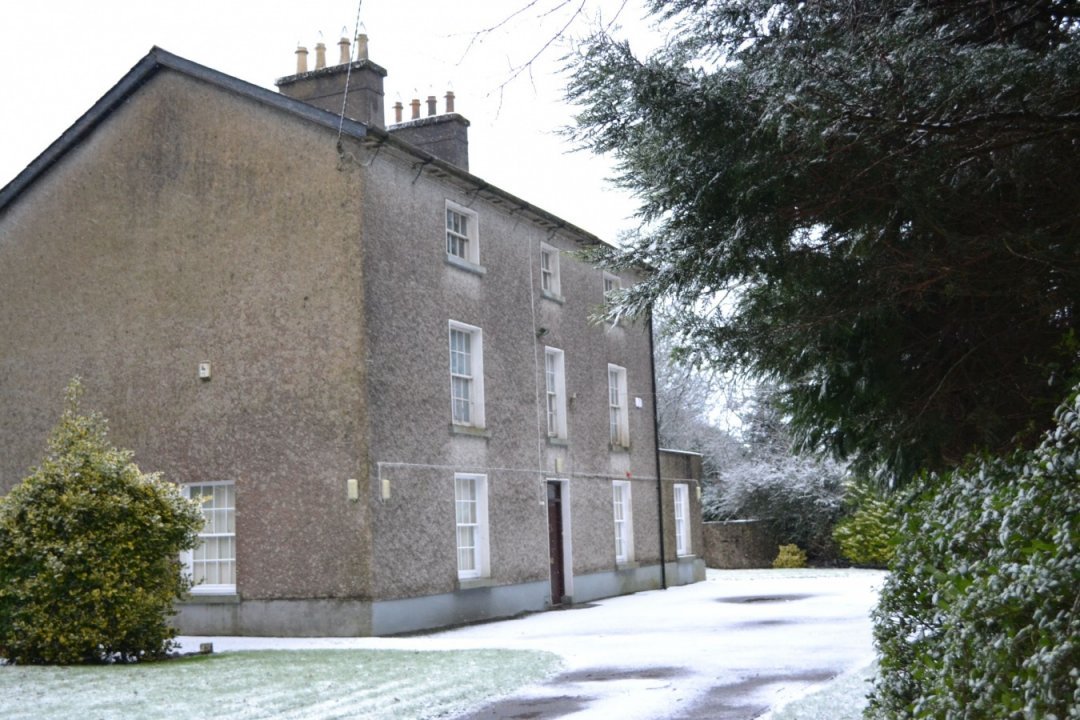 Born Henry Essex Edgeworth into the notable Edgeworth family of Anglo-Irish Protestants, in 1745, his father, a Church of Ireland rector in the local Parish, took the exceptional step of breaking from ‘his class, his culture and his education’ and embraced Catholicism instead. ‘The scandal was immense’, and shortly after the Essex family, including young Henry, then six years old, left for Toulouse, France.

The country Henry grew up in was a nation in ferment. Ancien Régime France was still a semi-feudal monarchy, ruled in succession by two ineffectual kings, Louis XV and then his son Louis XVI. A once-dominant Catholic Church struggled with rationalism and widespread anti-clericalism; a once-wealthy country had been impoverished by foreign wars, famine and the extravagant expenditure of its ruling elite; while its once-passive people were fired by the radical ideas of the Enlightenment, summed up in the call to citizenship and nationhood through ‘liberty, equality and fraternity’.

Having received his early education from the Jesuits, Henry went on to study for the priesthood at the Sorbonne University in Paris amidst the growing unrest. After ordination, the new L’Abbé Edgeworth stayed in Paris, ministering not least to the city’s poor and its many Irish Catholics. His reputation saw him eventually appointed Vicar-General of the Diocese of Paris and confessor to Madame Elizabeth, sister of King Louis XVI.

Gradual, but bitterly-resisted political reforms were finally overtaken by open rebellion throughout France and the storming of the Bastille fortress in Paris, on July 14, 1789. Similar watershed events followed as revolution, bloody and often chaotic, consumed the Ancien Régime. A series of disastrous policy decisions by Louis led to his imprisonment and then trial, on charges of treason. Found guilty, he requested the Irish priest stay with him prior to his execution.

L’Abbé Edgeworth, though already in hiding, agreed, hearing the King’s last confession and recording for posterity his final words. He himself did not expect to survive.

‘Almighty God has baffled my measures, and ties me to this land of horrors by chains I have not the liberty to shake off. The case is this: the wretched master [the king] charges me not to quit this country, as I am the priest whom he intends to prepare him for death. And should the iniquity of the nation commit this last act of cruelty, I must also prepare myself for death, as I am convinced the popular rage will not allow me to survive an hour after the tragic scene; but I am resigned. Could my life save him I would willingly lay it down, and I should not die in vain.’

On January 21st, 1793, Louis was led to the guillotine, accompanied by his priest (‘a foreigner sustained the Monarch at his last hour—it seemed as if there were not a single Frenchman left who was loyal to his sovereign’). After the showing of the King’s severed head, the distraught L’Abbé was still somehow able to walk through the yelling mob unharmed.

‘All eyes were fixed on me, as you may suppose; but as soon as I reached the first line, to my greatest surprise, no resistance was made. The second line opened in the same manner and when I got to the fourth or fifth, my coat, being a common surtout (for I was not permitted, on this occasion, to wear any exterior marks of a priest) I was absolutely lost in the crowd, and no more noticed than if I had been a simple spectator of a scene which forever will dishonour France.’

L’Abbé Edgeworth remained in France, on the run and constantly on the move, for a number of years before escaping to England. Despite an invitation to return to Ireland to take up the post of President of Maynooth seminary, he chose instead to travel to Prussia to serve the surviving royal family in their exile, including as chaplain to Louis XVIII, the late King’s brother.

‘I am now here, bound to the most unfortunate family in the universe, and quite determined to share their misfortunes to the very end. ‘

L’Abbé Edgeworth died in 1807, aged sixty-two, in what is now Latvia (then part of Imperial Russia) from typhus caught when ministering to wounded French soldiers of Napoleon’s invading army. His body remains interred in that foreign graveyard (??check)

For his courage and devotion to the Bourbon family, Louis himself composed the epitaph for this esteemed priest:

‘Here lies the Very Reverend Henry Essex Edgeworth de Firmont, a priest, of the Holy Church of God: Vicar General of the Diocese of Paris, etc., Who following in the steps of our Redeemer, was an Eye to the Blind, a Staff to the Lame, a Father to the Poor, and a Consoler of the Afflicted. When Louis XVI was delivered over to Death by his impious and rebellious subjects, he gave the resolute Martyr strength for his last struggle and pointed out to him the opening Heavens. Snatched from the hands of regicides by the wonderful protection of God, he voluntarily attached himself to Louis XVIII, when he signified his wish for his services To whom and to whose Royal Family and Faithful Comrades, he proved himself for a space of ten years, an example of Virtue and an Assuager of misfortune. Driven from kingdom to kingdom by the calamity of the times, he went about doing good, ever like to Him who possessed his sole devotion. At length full of good works, he died the 22nd May, the year of our Lord, 1807, aged 62. May he rest in peace.’

Lorne Patterson is an Edgeworthstown writer and member of the Ballymahon Writers Group, Co Longford, Ireland. He is a psychiatric nurse and community educator who has worked in a number of countries, including Britain, the United States and Russia. A past runner-up in the Sean Ó Faoláin short-story competition, he published his first book, Witch, in 2012 to critical acclaim.