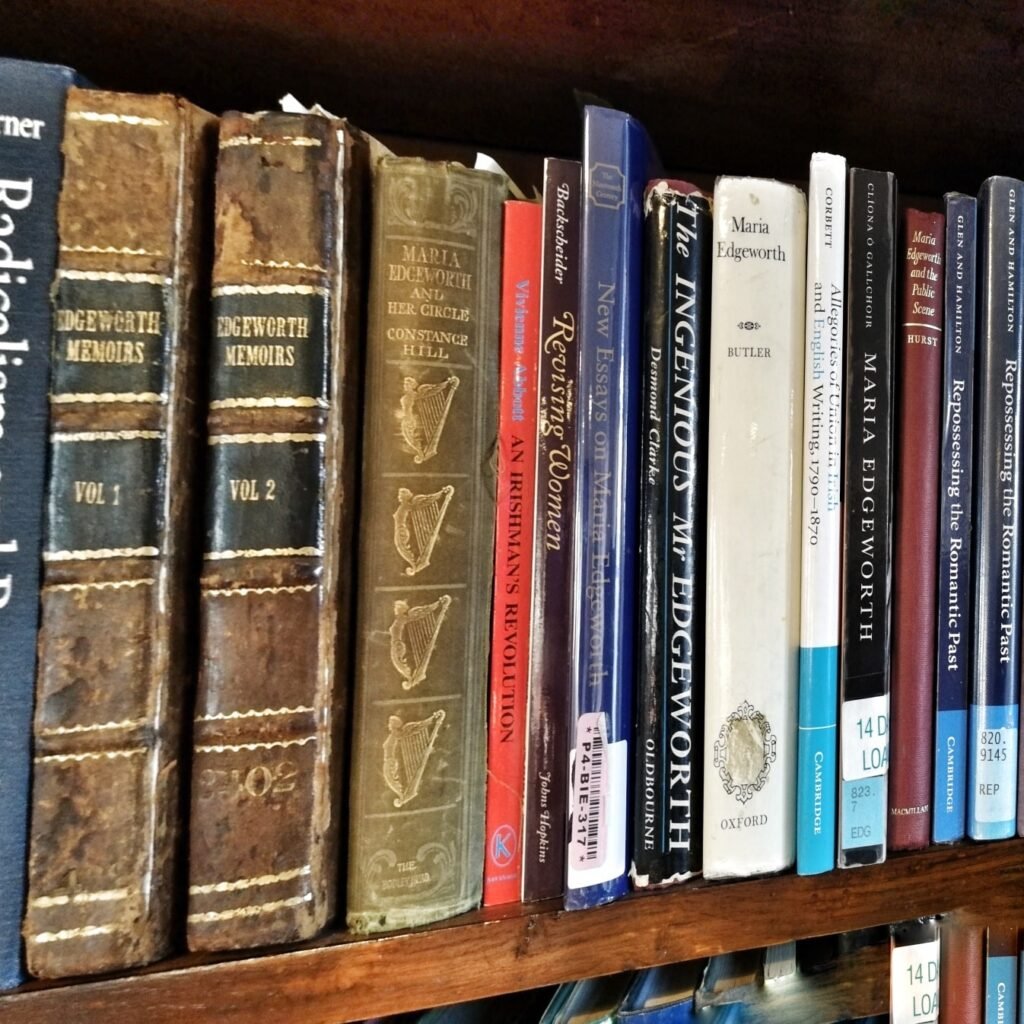 Conference: "The Education of A Nation" -The Role of the Edgeworths 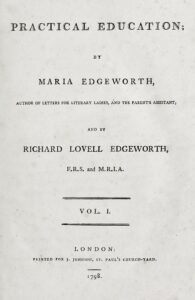 Practical Education is an educational treatise written by Maria Edgeworth and her father Richard Lovell Edgeworth. Published in 1798, it is a comprehensive theory of education that combines the ideas of philosophers John Locke and Jean-Jacques Rousseau as well as of educational writers such as Thomas Day, William Godwin, Joseph Priestley, and Catharine Macaulay. The Edgeworths’ theory of education was based on the premise that a child’s early experiences are formative and that the associations they form early in life are long-lasting. They also encourage hands-on learning and include suggestions of “experiments” that children can perform and learn.

Jimmy Jests is a popular Longford comedian who has written, produced and starred in hundreds of online video sketches. He has in excess of 90k social media followers and continues to entertain daily with topical and hilarious content. He can also be seen performing live at various stand up comedy shows.

Aoife Munn is an Environmentalist and Horticulturist with a focus on sustainability through practical Learning.
As the judge for DLR Tidy Districts for many years, Aoife identified a need to guide community groups towards more sustainable goals and specialises in
courses and talks on increasing biodiversity, sustainable planting, plant
propagation and waste reduction.
Her passion for protecting the environment is contagious and her courses are
lively, interactive and hands on, believing we learn best through practical
application. 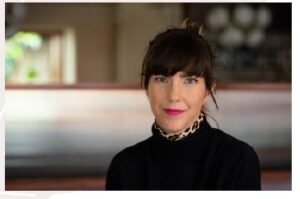 She has published
widely as an academic and critic. She is the author of the award winning
essay collection, Notes to Self, which has been translated
into fifteen languages, and most recently the novel Ruth & Pen. 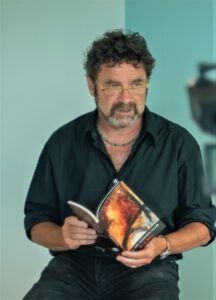 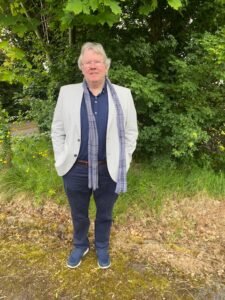 Noel Monahan is a poet and dramatist, born in Granard, Co. Longford and living in Cavan. He has published eight collections of poetry. His most recent collection: Chalk Dust, was published by Salmon Poetry in 2018 and adapted for stage the following year. Noel’s literary awards include: The SeaCat National Award organised by Poetry Ireland, The Hiberno-English Poetry Award, The Irish Writer’s Union Poetry Award , The William Allingham, Poetry Award, The Kilkenny Prize for Poetry. He won The P J O’Connor RTE Radio Drama Award for his play Broken Cups and was awarded The A.S.T.I. Achievements Award for his contribution to literature at home and abroad. His work has been translated into: Italian, French, German, Russian and Romanian. His poetry was prescribed text for the Leaving Certificate English Course 2011 and 2012. Noel Monahan has read his work and given Workshops throughout Ireland and in England, Italy, France and the United states … His ninth collection of poetry will be published by Salmon Poetry in 2023. Noel Monahan holds an M.A. in Creative Writing.

Workshops: Click on the button below to book your place. Places are limited.

Admission: €20 (places limited) click on the button below to book your place

Presentation of prizes to competition winners followed by readings of their work. 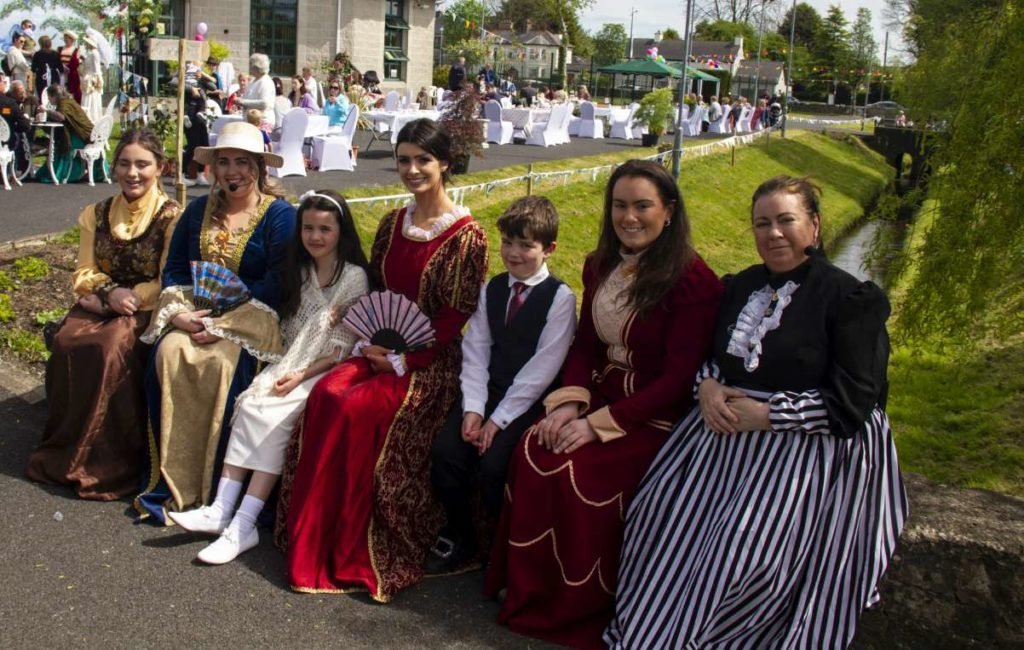 Sixteen nineteen was a troubled time in Ireland, in Meatus Troim James 1 of England granted 600 acres of confiscated lands to a Francis Edgeworth, whose family originated from Edgeware, in Middlesex. Francis Edgeworth was married three times, his third wife was Jane Tuite a catholic, from Sonnagh, in Co Westmeath. The family lived in a Castle in Cranley before moving to the house now known as The Manor. It would be fair to say that the family were mainly absentee landlords who cared little for their tenants, this situation remained until Richard his great grandson inherited.

Maria’s father Richard Lovell Edgeworth inherited the estate from his brother Thomas, who died at a young age. He resided in Edgeworthstown and was considered to be a fair and reforming landlord. This was an exciting time in history, it was a time of enlightenment and the Edgeworth family were at the centre of this period. Richard Lovell Edgeworth was a member of the Lunar Society of Birmingham, an informal gathering of prominent figures who were credited with being at the beginning of the Industrial Revolution. Alongside Edgeworth were household names such as Erasmus Darwin, James Watt, Matthew Boulton and Josiah Wedgwood.

Maria Edgeworth grew up in rural Edgeworthstown and was influenced by the landscape and the people of the area. These influences were evident in the portrayal of her character Thady Quirk in her famous novel Castle Rackrent a satirical commentary of her ancestors. The Edgeworth Society are building on this legacy with the hope that a wider awareness will bring benefits to the local community.