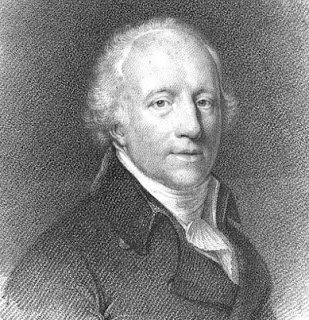 Two of the women I am researching for my book—What Regency Women Did For Us—were novelists. One is undoubtedly today’s best known Regency novelist – Jane Austen; the other is the lesser known Maria Edgeworth. You might be surprised to hear that it was not always that way round. Back in their day, it was Maria Edgeworth who was the more famous of the two and the more commercially successful. Indeed, she probably earned more money from her novels during her lifetime than any of her contemporaries. Maria Edgeworth wrote both fiction and non-fiction works and became well-known after the publication of Essays on Practical Education in 1798, which she co-wrote with her father, Richard Lovell Edgeworth. The Leigh Perrot connection I don’t know whether Maria’s family knew the Austens, but her father was certainly acquainted with Jane’s great aunt and uncle, the Leigh Perrots. Richard Lovell Edgeworth became acquainted with the Leigh Perrots when living in Berkshire before Maria was born. His memoirs include a letter written by James Leigh Perrot in 1795 confirming his observations of Richard’s experiments in telegraphic communication back in 1767. Richard wrote to congratulate the Leigh Perrots in 1800 after Mrs Leigh Perrot was successfully cleared from false charges of shoplifting.

I wonder whether Jane and Maria ever met. I haven’t come across any evidence of such a meeting. However, they were definitely aware of each other’s work and read some, if not all, of it.

In a letter to her niece Anna, an aspiring author, Jane Austen wrote: “I have made up my mind to like no novels really but Miss Edgeworth’s, yours, and my own.” (1) Belinda, one of Maria Edgeworth’s novels, was published in 1801 and Jane made reference to it in Northanger Abbey. Although the first draft, then entitled Susan, was written in the late 1790s, Jane revised the manuscript before selling it to the publisher Crosby in 1803. She mentions Belinda in her wonderful defence of the novel, along with Cecilia and Camilla, two books written by Fanny Burney: “‘And what are you reading, Miss——?’ ‘Oh, it is only a novel!’ replies the young lady, while she lays down her book with affected indifference or momentary shame. ‘It is only Cecilia, or Camilla, or Belinda; or, in short, only some work in which the greatest powers of the mind are displayed, in which the most thorough knowledge of human nature, the happiest delineation of its varieties, the liveliest effusions of wit and humour, are conveyed to the world in the best-chosen language.’” (2)

Maria Edgeworth clearly enjoyed reading Jane Austen’s work. She wrote in a letter to her cousin: “We have been much entertained with Mansfield Park.” (3) When Emma was published, Jane sent a list of people to her publisher to whom she wanted a set of volumes sent, unbound, labelled ‘from the author’. Maria Edgeworth was one of those to whom Emma was sent. We know that Maria received the volumes because she wrote to her aunt: “The authoress of Pride and Prejudice has been so good as to send me a new novel just published, Emma.” (4) But the most fascinating passage I have come across is in a letter that Maria Edgeworth wrote to her aunt in 1818, after reading Northanger Abbey, and whilst she was in the middle of reading Persuasion: “I entirely agree with you, my dearest aunt, on one subject, as indeed I generally do on most subjects, but particularly about Northanger Abbey and Persuasion. The behaviour of the General in Northanger Abbey, packing off the young lady without a servant or the common civilities which any bear of a man, not to say gentleman, would have shown, is quite outrageously out of drawing and out of nature. Persuasion— excepting the tangled, useless histories of the family in the first fifty pages—appears to me, especially in all that relates to poor Anne and her lover, to be exceedingly interesting and natural. The love and the lover admirably well drawn: don’t you see Captain Wentworth, or rather don’t you in her place feel him taking the boisterous child off her back as she kneels by the sick boy on the sofa? And is not the first meeting after their long separation admirably well done? And the overheard conversation about the nut? But I must stop: we have got no farther than the disaster of Miss Musgrave’s jumping off the steps.” (5) I find Maria Edgeworth’s criticism of General Tilney’s behaviour very interesting, especially in the light of a much later letter to a friend in which she discussed her writing technique. Her argument was that even if such inconsistent behaviour as the General’s was exhibited in real life, it was unbelievable unless the reader knew that it was true. “I acknowledge that even a perfectly true character absolutely taken as a facsimile from real life would not be interesting in a fiction, might not be believed, and could not be useful. The value of these odd characters depends, I acknowledge, upon their being actually known to be true. In history, extraordinary characters always interest us with all their inconsistencies, feeling we thus add to our actual knowledge of human nature. In fiction we have not this conviction, and therefore not this sort or source of pleasure even if ever so well done; if it be quite a new inconsistency we feel doubtful and averse; but we submit when we know it is true: we say, ‘don’t therefore tell me it is not in human nature.’” (6)

Notes (1) From The Letters of Jane Austen selected from the compilation of her great nephew, Edward, Lord Bradbourne, ed Sarah Woolsey (1892).

(6) From Life and Letters of Maria Edgeworth (1895), in a letter dated 6 Sept 1834 to Mrs Stark in response to the criticism of her cousin, Colonel Matthew Stewart, on her novel, Helen.