Castle Rackrent – a view from the audience 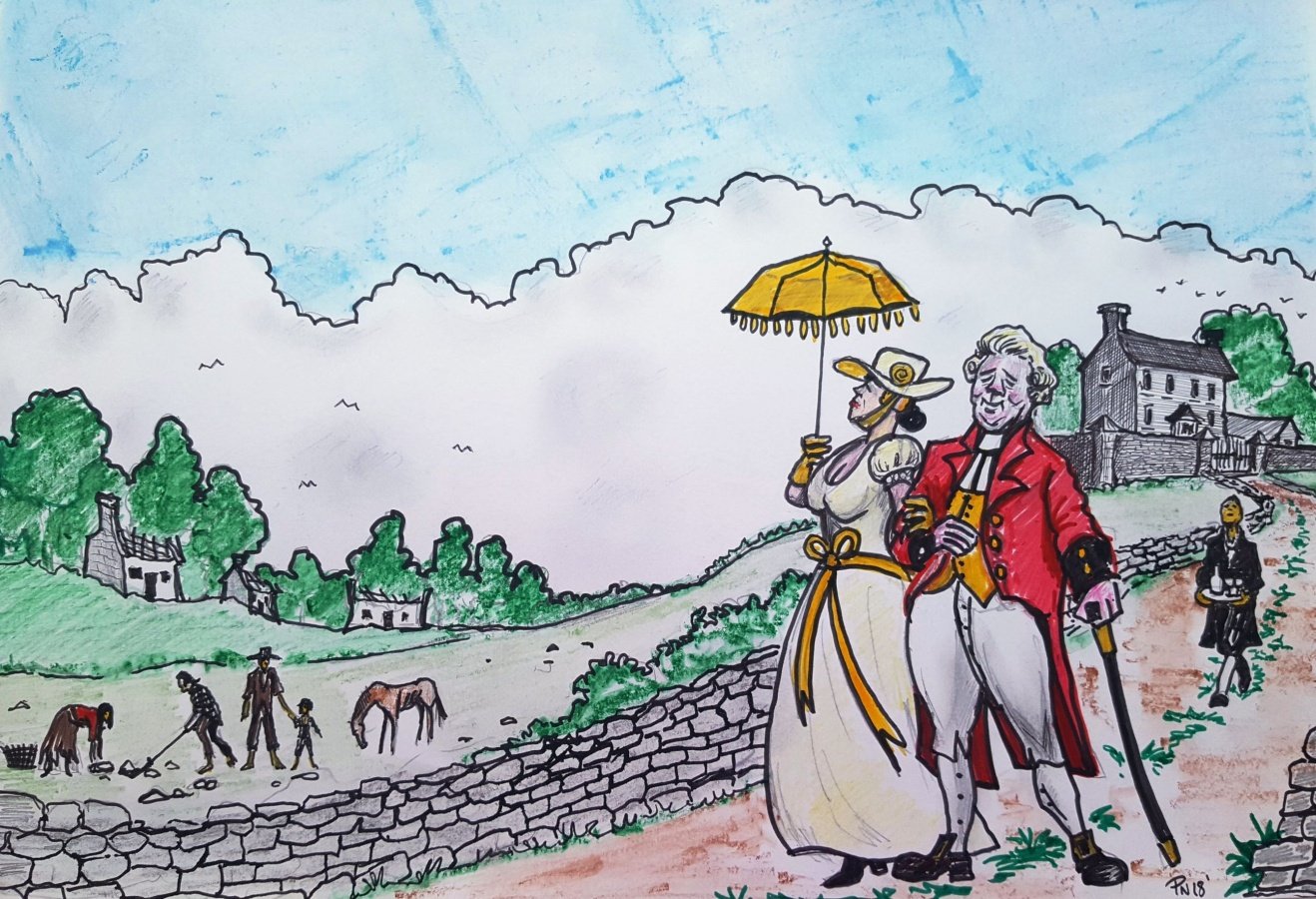 The following article was submitted to us by Edgeworthstown-born Poet Dr. Philip Brady about the adaptation of Maria’s Edgeworth’s book ‘Castle Rackrent’ staged in the Backstage Theater in Longford on the 8th, 9th and 10th November.

Maria Edgeworth returned to Longford this week end, and what a delight to meet her again.

This time she was at the Back Stage Theatre in an adaptation of Castle Rackrent by Johnny Hanrahan with a wonderful cast.

Many years ago, on the Aran Islands, I first read Castle Rackrent, and used one of nature’s wild flowers as a preserved book mark, which happens to be still in Sir Condy’s page. This time I saw the author’s humour anew, with subtleties missed back then, but now superbly highlighted with a great Cast. They enjoyed their role which we in turn enjoyed.

Poor Thady, Honest Thady, Poor Auld Thady, grew old as the Rackrent Dynasty disintegrated against the reassuring background of his passing. There was a sudden realization too in the dialogue that the local dialect was alive, as twice rhymes and phrases that we knew going to school surfaced.

Could this really be? It was.

Political correctness and respect for Nationalities and Religious Persuasions now preclude any repetition of what we once chanted with glee, and innocent abandonment. But that innocent abandonment was there. Only now do we realise the misery and the heart break in some peoples lives caused by competing loves, highlighted when we see Sir Condy falling in love with the poor innocent pig. Having the full Irish will never be the same, and yet Maria’s skillful artistry will give timeless amusement at seeing bacon and sausage with black pudding on some holiday morning Breakfast plate.

The skill of Thady conveying this humour, genuine to the point of picking the eyes out of a potato peeling, related this story, protecting his Lordships and Ladyships, and subtly giving freedom to his author. At the same time he portrays the emergence of his own class, assuming to themselves the materialism that was passing with every available opportunity that arose. He honestly depicted that change as being worse than the excesses of the dynasty that was going into extinction. A superb production of Johnny Hanahran’s adaptation, with cast, musicians and players enjoying themselves as we enjoyed them.