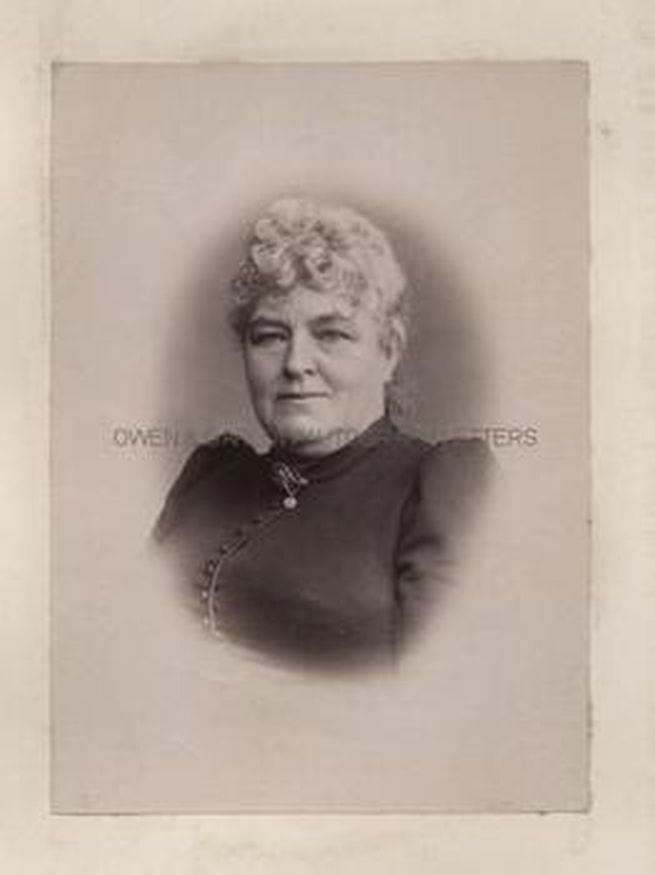 Crawford, Emily (1831?-1915) Born in Corboy, Edgeworthstown and educated by her mother, Emily Crawford, née Johnstone and her sister left for Paris with their mother when their father died in 1863. Her career as a journalist and Paris correspondent’ began after a friend in Britain reading her letters from Paris suggested she should send a ‘Letter from Paris to an American newspaper, Crawford also sent one to London’s Morning Star and by 1864 she was making £400 a year from her journalism,
Johnstone married George Morland Crawford, assistant Paris correspondent for the Daily News’ in 1864 and they became a journalistic team until his death in 1885, Emily Crawford then formally inherited her husband’s position on the Daily News and wrote for the weekly’ Truth”, started in 1877 by Henry Labouchère’, the owner of the Daily News. The Weekly Dispatch”, the Calcutta Englishman and the Chicago Daily News all employed Crawford as their Paris correspondent while she also wrote for the New York Tribune, the New York Century Macmillan”, the Fortnightly Review’, the Contemporary Review”, the Ladys World and the quarterly Subjects of the Day. Crawford largely covered politics’ and cultural events. Her impressive network of political and artistic connections informed her own habit of personal study and reflection on daily events which accorded her a reputation for analytical depth in her writing.
She was offered the Légion d’honneur, which she declined, but was made a life fellow of the Institute of Journalists in 1890 by her colleagues in Britain and president of the Society of Women Journalists’ in 1901. CIL Source: ODNB.

A QUEEN AMONG JOURNALISTS